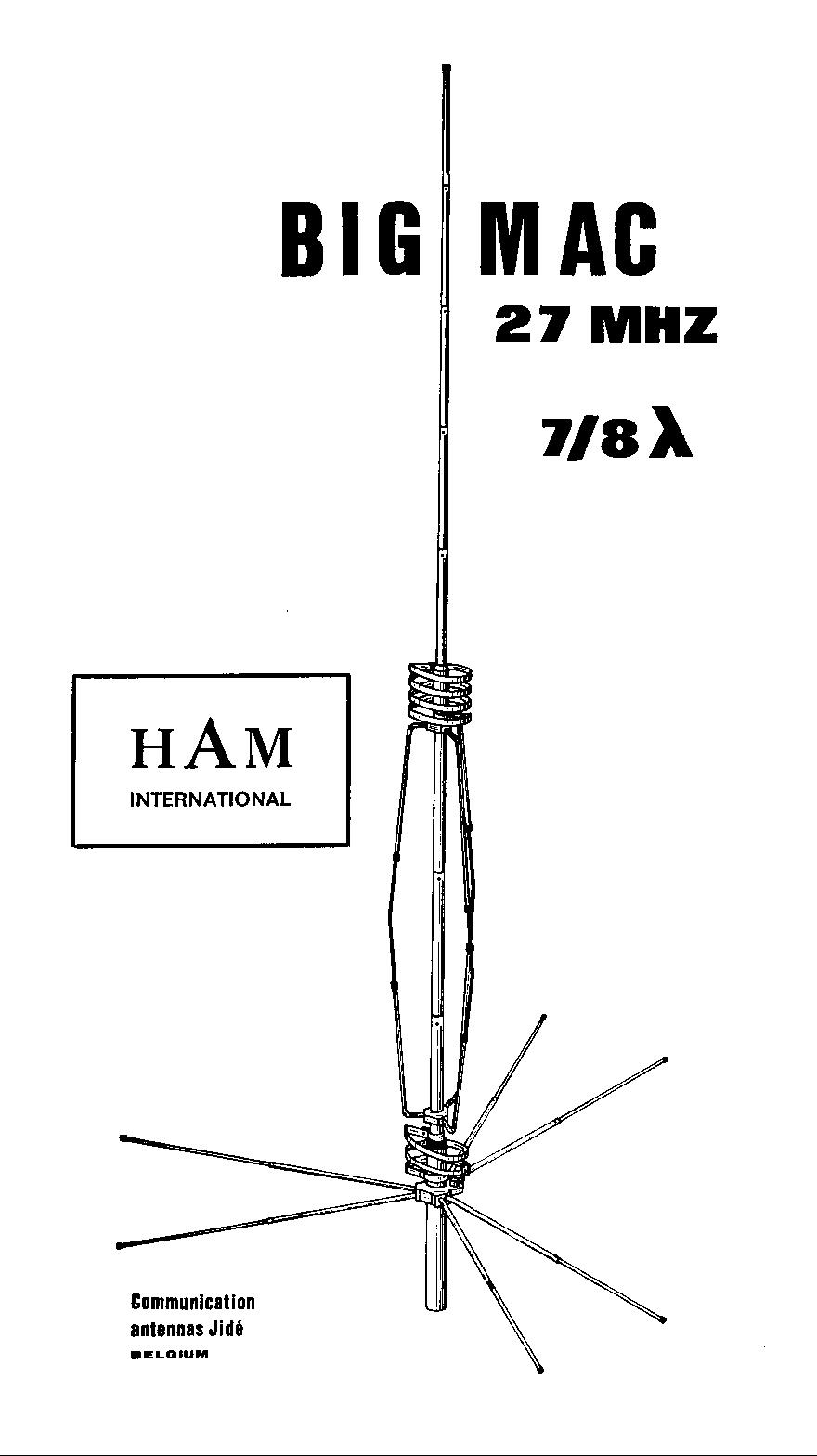 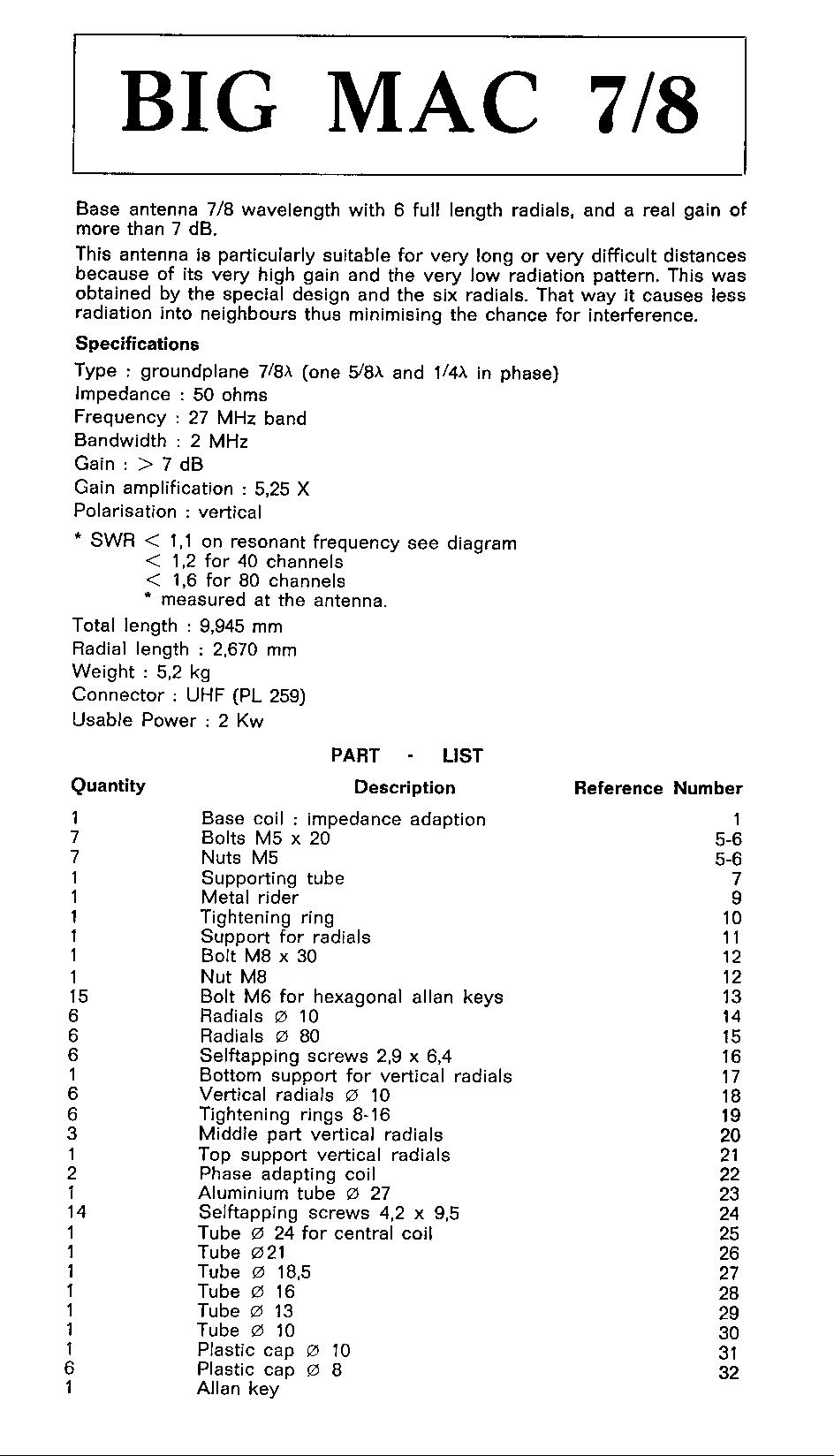 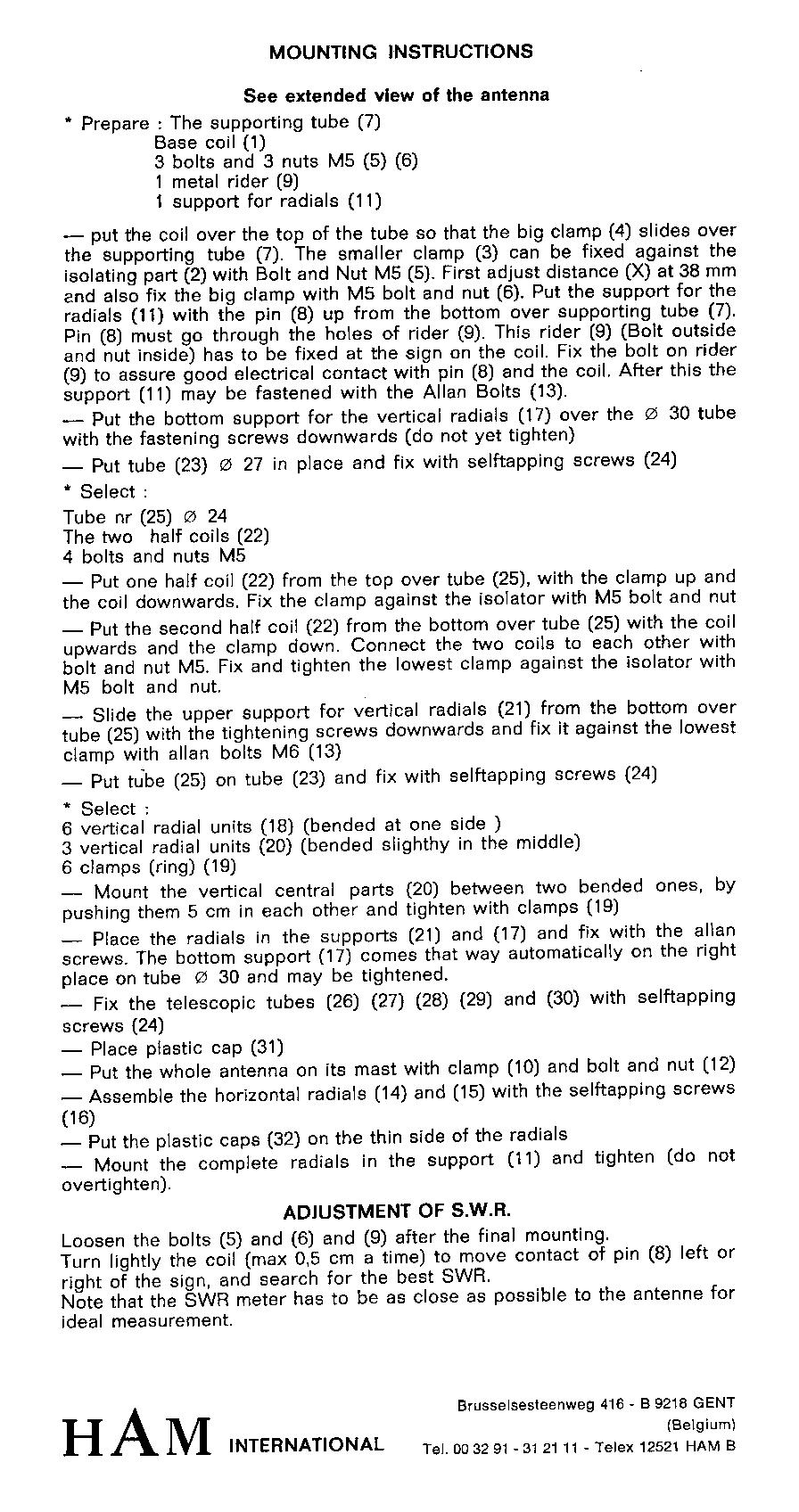 The Big Mac is the only real CB collinear antenna I've ever seen. This means the antenna is more then just one antenna in a single package. The Big Mac is a 5/8 wave over a 1/4 wave antenna. The coil in the middle of the antenna is a phase correction coil and it provides the proper phase and impedance to drive the top 5/8 wave section.

This is a LOW ANGLE radiation antenna just like the Sigma IV and has very similar performance. The antenna is more complicated then the Sigma IV but don't get your hopes up. Chances of finding one are very slim. Over the years I have talked to a just a few people who have had them. One who had both a Big Mac and a Sigma. His test results indicated the Big Mac was nearly identical to the performance of the Sigma.

From studying these two antennas I have to say I believe the Big Mac may have a slight advantage. This is very small and difficult to measure since we are talking about a few tenths of a db. The person I spoke with who had them both, claimed he felt the Big Mac was stronger however, it was too close to call.

The Big Mac did have a few problems. Snow or ice buildup on the coil insulators will detune the antenna. Bandwidth on the Big Mac collinear is less then the Sigma. It's large size contributes to mechanical failures similar to what we see in the new Sigma clones.

This next part is based somewhat on my theory of how the Sigma works. If anyone disagrees, please feel free to explain. While both antennas are about the same length. Most of us agree the Sigma does not radiate from it's base while the Big Mac does. This would seem to place the Sigma at a disadvantage to the Big Mac.

I disagree based on this. Since nearly no radiation is taking place in the lower 1/4 wave of the Sigma, almost all of the energy is available to radiate off the top section. As the length of a resonant radiator is increased from 1/4, 1/2, 5/8, and 3/4 wave, the RF voltage at the top of the antenna tends to increase. This is why the top 1/2 wave of the Sigma greatly outperforms any other half wave radiator.